Due to the ongoing corona crisis, we are only offering portfolio coaching/consulting in 2021.Registrations are possible at any time. 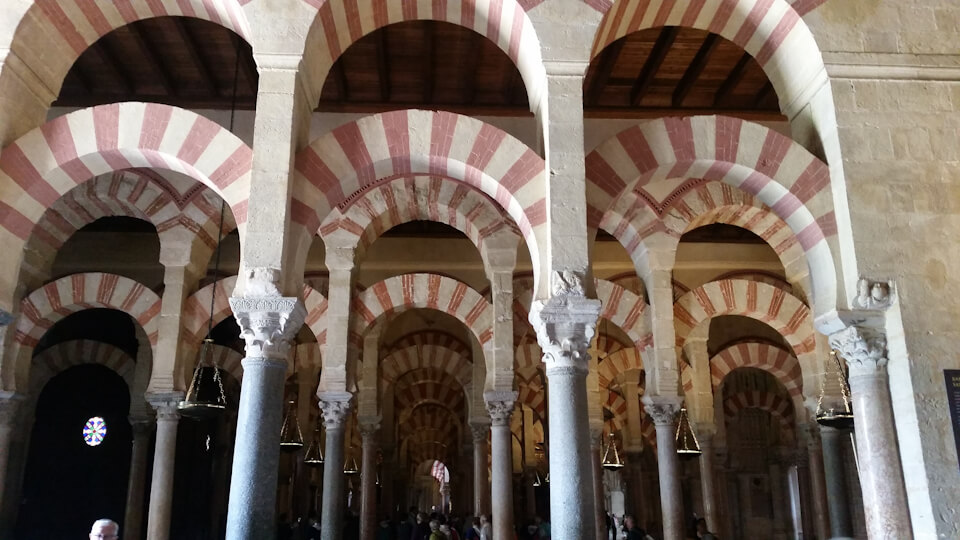 Visiting the Mezquita in Cordoba

After the semesters in the VON ERLENBACH KUNSTSCHULE, the time of travel begins to gather new impressions, visit exhibitions and discover countries. We started our trips with a visit to southern Spain and had the opportunity to visit the unique Mezquita in Cordoba
If you want to know more about Mezquita, check out this link. A visit there is an impressive experience, which is very worthwhile.

The Great Mosque of Cordoba is a mixture of architectural styles superimposed on one another over the nine centuries its construction and renovations lasted.

Standing in the historic centre, it is one of the most beautiful examples of Muslim art in Spain. It was built in 785 by the Muslim emir Abdurrahman I, on the site of the ancient Visigoth church of San Vicente. The mosque underwent consecutive extensions over later centuries. Abdurrahman III had a new minaret built whilst in 961 Al-Hakam II extended the ground plan and decorated the «mihrab» (prayer niche). The last renovation was carried out by Al-Mansur in 987. As a result, the interior resembles a labyrinth of beautiful columns with double arcades and horseshoe arches. After the Christian conquest in 1523, the cathedral was built inside, and features highlights such as the main altarpiece, the Baroque altarpiece and the mahogany choir stalls. The «mihrab» is considered one of the most important in the Muslim world, and is the finest piece in the mosque. The decoration is Byzantine mosaic with crafted marble. The courtyard of the Orange Trees leads to the complex.