Home » News » Into the city 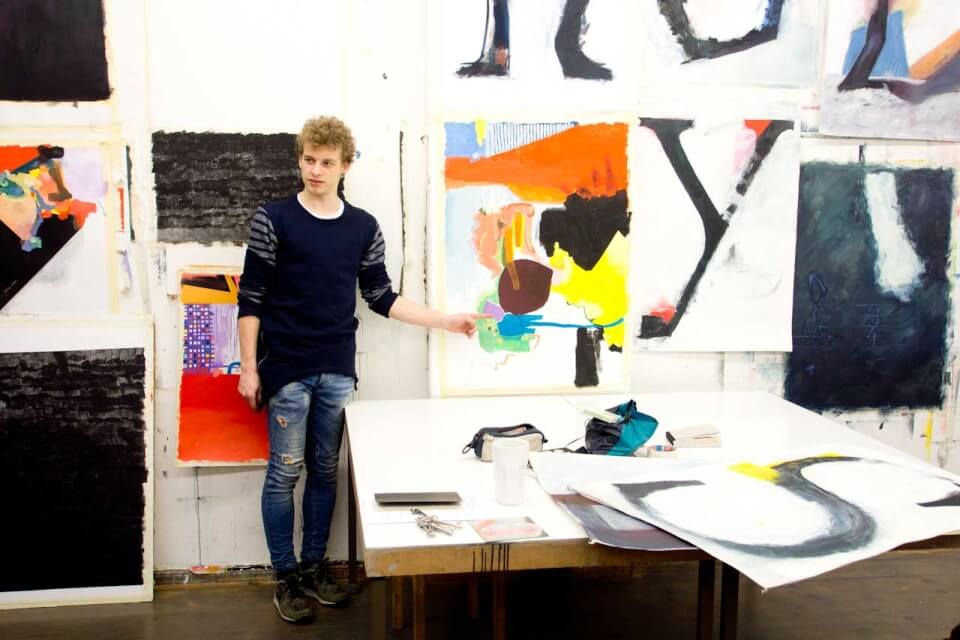 Flo was one of five fantastic guys who came met in our portfolio semesters in the VON ERLENBACH KUNSTSCHULE. The special feature for us was that he came from the same village, from Erlenbach. And he had the same background like Michael himself,, because Florian comes from a respected winery family.

First, the goal for Flo was clearly an application for a place for communication design. Interestingly, his work developed but increasingly picturesque, without us having particularly bumped him on it. This expression, which he created with his work was characterized by a great dynamism and was very individually shaped and continue, interspersed in the picturesque expressiveness from its original target for visual communication, especially of typography. This was the beginning of the time an almost complete, picturesque formulated alphabet, which was also the entrance for his first application to the HGB Leipzig.

We were finally not entirely convinced that communication design should remain his first choice and advised him definitely an application in Dusseldorf and other cities to venture of Fine Arts. And in recent days, he informed us that he has applied in Stuttgart for painting and was invited to the exam. THAT’S RIGHT!!! Now we keep our fingers crossed that this works.