Home » News » Jerney- a Slovenian draughtsman through and through 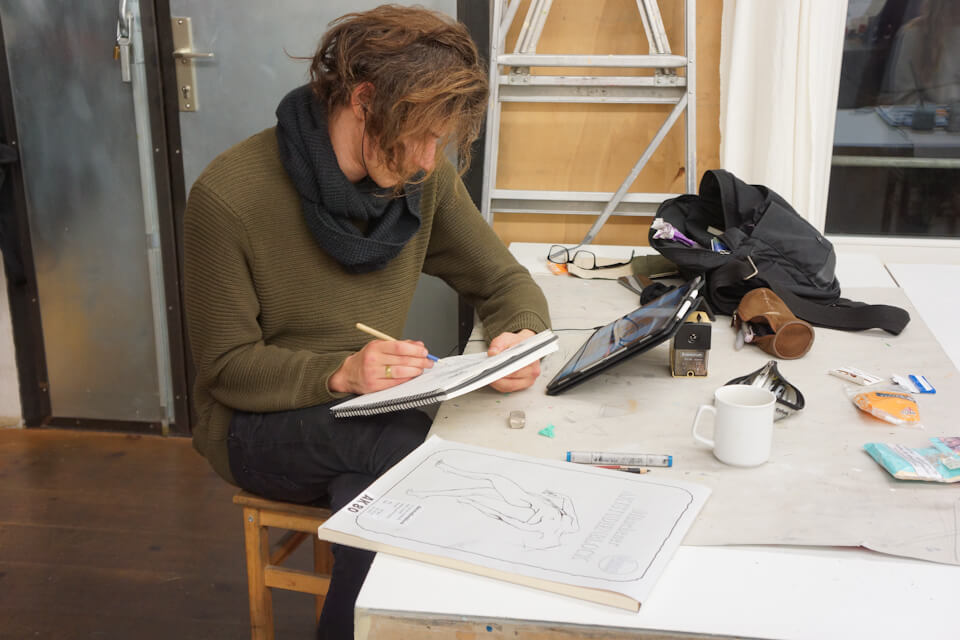 Jerney- a Slovenian draughtsman through and through

Jerney came to us from Slovenia and was the most unusual participant in the last few semesters. Jerney came without much knowledge, but with concrete ideas about art and the world. He was mainly focused on drawing and did so without ceasing, even after school and on weekends. His idea of ​​good drawing was very limited in the beginning, but towards the end of the second semester it changed more and more and in the third semester his work was characterized by a lot more looseness and we had the feeling that he had gotten away from too strong ideas. It was clear from the beginning that Jerney did not want to apply to an academy and so far he has kept his word. Maybe he’ll start working with his acquired skills as a tattoo artist, maybe he’ll be ready for a study application next year. We are so happy that he had a lot of fun with us and is on a really good way.