Home » News » Navot dicovers the world- but stays in Berlin 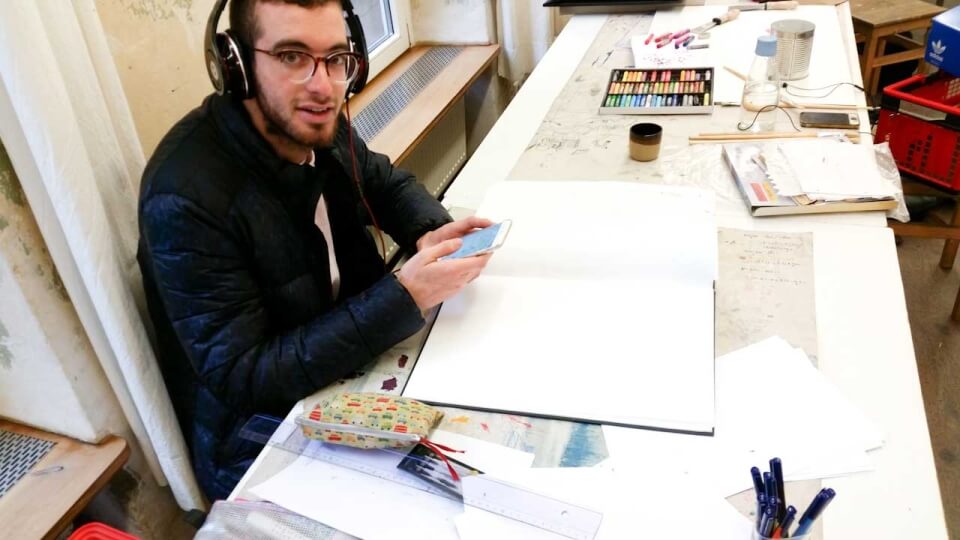 Navot dicovers the world- but stays in Berlin

Navot is a frequent traveler and has already seen almost the whole world. So we were pleased that he decided to use a longer stop here in the art school, to prepare for a degree in architecture.
If there was a guarantee of good mood, this was in these semesters certainly Navot. He had good feelings with all the participants and gave each one a good day. Mood was yesterday, today is Navot. That`s been the motto. Fun for all those who could be part of it in these terms.

His work followed Navot priority in different sized sketchbooks, of which there were many at the end of the semester and the form and content has shown very interesting perspectives. Perspectives not in an architectural sense of which there were only details, clippings. It was more his world of his own characterizations of the world surrounding him, which came in the books to light and convinced us as well as the Commission at the UdK. He was invited with his application to the exam, as well as his semester colleague Guyve.

We would be delighted if he positively passes the exam and remains in Berlin the next year.